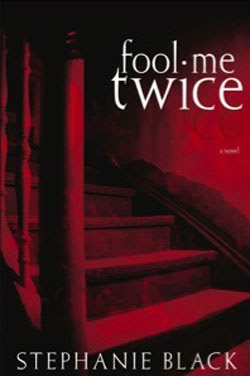 When it comes to pleasing her twin sister, Megan O’Connor is an easy touch. She’ll do just about anything to gain Kristen’s approval, including trading places with her. After all, Kristen’s plan promises to get Megan out of a dead-end job and make them both rich. It will be a nice reward for a little genealogical investigation--something that couldn’t have happened without the help of Kristen’s new LDS acquaintances. And who could blame the twins for using a tiny bit of deceit to manipulate an inheritance out of someone as demanding as their estranged aunt Evelyn?

All Megan has to do is pretend to be Kristen, move into Evelyn’s house, and take care of the wealthy old woman until her failing health kills her. It shouldn’t take too long. It shouldn’t be too difficult. Megan’s the nice one. Except for the lie, the task is a natural fit. Everything would be perfect if she could just ignore the guilt--a feeling that only grows stronger as she spends more time with the new friends Kristen arranged for her.

But soon Megan discovers there is more to worry about. She’s living in a house of illusions where she isn’t the only one playing a part. Someone has developed a new plotline that ends with a death scene--and in this version, the victim won’t die of natural causes.

Beneath the surface of the sleepy New England town of Britteridge, deceit weaves a deadly web where turnabout is anything but fair play.

Stephanie Black is one twisted sister! Fool Me Twice is her second novel published by Covenant. I loved her first one, The Believer, but I love, love, love this one! I cannot believe the twists and turns in this book.

This is an LDS suspense thriller. There are some religious elements to it but no one gets baptized in the end. I found that very believable. It’s not preachy and Stephanie doesn’t beat us over the head with the Book of Mormon stick. If you’re not LDS, I think you’d still enjoy the story and not be offended by the LDS references.

There are also some romantic overtones, but I loved the restraint Stephanie showed. The end of the book is the beginning of a relationship; Megan and Trevor do not declare their undying love for each other and rush off to the temple after only knowing each other for a couple of weeks. Kudos for that.

This book was very well written. The action was clear throughout the book. Sometimes in books like this, you can get lost in the fast action at the end, where the hero/heroine is about to bite it but is victorious in the end. The wrap up here was fast, but I could picture every step of it it clearly in my mind.

The twists and turns kept me guessing throughout—who’s the bad guy and how bad are they, really? Even when we know who the creeps are (and one of them is extremely demented), it was minute to minute wondering how Megan was going to get out of it alive. I found it all incredibly believable.