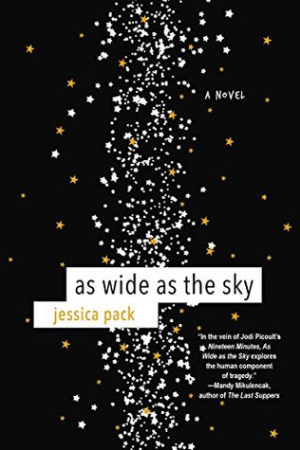 Five a.m.: Amanda Mallorie wakes to the knowledge that her son Robbie is gone. And a new chapter of her own life must begin. She has spent four years as her son’s only support, desperately trying to understand the actions that landed him on death row and to change his fate. Now Amanda faces an even more difficult task—finding a way, and a reason, to move forward with her own life.

Before the tragedy that unfolded in a South Dakota mall, Robbie was just like other people’s sons or daughters. Sometimes troubled, but sweet and full of goodness too. That’s the little boy Amanda remembers as she packs up his childhood treasures and progress reports, and discovers a class ring she’s never seen before. Who does it belong to and why did Robbie have it in his possession? So begins a journey that will remind her not only of who Robbie used to be, but of a time when she wasn’t afraid—to talk to strangers, to help those in need, to reach out. Robbie’s choices can never be unmade, but there may still be time for forgiveness and trust to grow again. For a future as wide as the sky.

A hard book to read… but interesting.

I got this book almost a year ago and I tried to read it then, but I couldn’t. It was about how tragedy effects people differently and the heavy grief when you lose someone you love. I had just lost my sister and it was just too much. So I set it aside.

A year later I picked it back up, because I like this author. I like her writing style. So I gave it another try. I still had all the feels—and it is a desperately heart-breaking story—but I was able to finish it. I’m glad I did because it’s an in-depth look at mass shootings, the emotions it creates, and the hope of healing.

The story mainly focuses on the point of view of the mother of a mass shooter and her emotions surrounding what he did and his eventual execution, it also alternates between the points of view of his sister, friends, people who’d crossed his path, and others. It really makes you think because honestly, I could understand and empathize with every single point of view.

The young man’s mother is moving and as she drives cross-country she meets up with other people as she tries to solve the mystery of why her son had a class ring that belonged to someone she didn’t know.

There were a few “coincidental” events and connections, but I didn’t mind them. I felt it spoke to how interconnected we as people are, even with strangers we might meet by accident.

The book is well-written. An emotionally driven story. The characters were varied and interesting. And in the end, there is peace and hope for the future, which I appreciated.

If you’re sensitive to the subject matter, don’t read it. But if you want a close look at those touched by this type of tragedy, I highly recommend. For adults. I give this book 5 STARS.