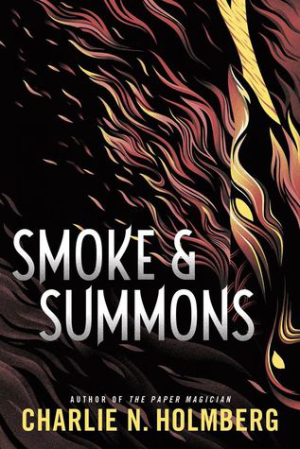 As a human vessel for an ancient spirit, Sandis lives no ordinary life. At the command of her master, she can be transformed against her will into his weapon—a raging monster summoned to do his bidding. Unlike other vessels, Sandis can host extremely powerful spirits, but hosting such creatures can be fatal. To stay alive, she must run. And in a city fueled by smoke and corruption, she finds a surprising ally.

A cunning thief for hire, Rone owns a rare device that grants him immortality for one minute every day—a unique advantage that will come in handy in Sandis’s fight for freedom. But Sandis’s master knows how powerful she is. He’s determined to get her back, and he has the manpower to find her, wherever she runs.

Now, to outwit her pursuers, Sandis must put all her trust in Rone and his immortal device. For her master has summoned more than mere men to hunt her down…

Interesting take on demons and possession

This is the story of a girl who was sold to a man who wants the power of a demon. Guilt and responsibility for one’s actions when forced upon them is one of the themes of this book.

Sandis is strong and courageous. She hates what she has to do in the service of an evil man and demon. But is it the demon that is evil? Or the man commanding it?

The book is very well written. Great characters. The plot was interesting and kept me reading.

Although it’s marketed as a Young Adult book, it’s quite a bit different from Holmberg’s previous works. I’d recommend parents reading this before handing it over to their teens. Contains crude humor, some profanity, brief nudity, mild sensuality and graphic violence (as in lots of blood and gore) and horror. I was a little uncomfortable with the level of violence and gore, but I will most likely read the next book. I give it 4 STARS.