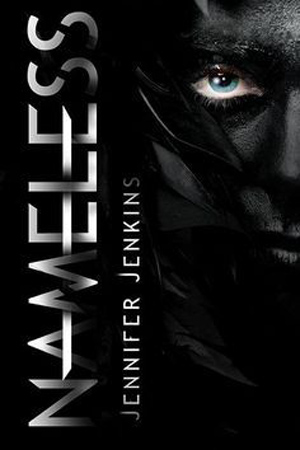 Four clans have been at war for centuries: the Kodiak, the Raven, the Wolf, and the Ram. Through brutal war tactics, the Ram have dominated the region, inflicting death and destruction on their neighbors.

Seventeen-year-old Zo is a Wolf and a healer who volunteers to infiltrate the Ram as a spy on behalf of the allied clans. She offers herself as a Ram slave, joining the people who are called the Nameless.

Hers is a suicide mission-Zo’s despair after losing her parents in a Ram raid has left her seeking both revenge and an end to her own misery. But after her younger sister follows her into Rams Gate, Zo must find a way to survive her dangerous mission and keep her sister safe.

What she doesn’t expect to find is the friendship of a young Ram whose life she saves, the confusing feelings she develops for a Ram soldier, and an underground Nameless insurrection. Zo learns that revenge, loyalty, and love are more complicated than she ever imagined.

A girl. A boy. Clans at war—and things get complicated.

In a near primitive society, the four clans are at war. Three of the clans decide to work together against the violent Rams. Zo is a healer and will do anything to stop future violence and killing—including becoming a slave to the Ram clan, a guaranteed death sentence.

But… of course, there’s a but. And there’s a boy—a Ram named Gryphon. And things get complicated.

This is such an awesome story. It’s brutal and violent at times. Heartbreaking. But in the midst of it all, there’s a courage, strength, and a glimmer of hope.

Great characters that were 100% believable. I loved Zo, her courage and her integrity. I warmed up to Gryphon. I loved Joshua, a younger boy.

The plot and pacing was wonderful. The dialog and motivations believable. I couldn’t put it down. This is a debut book and the author did a masterful job. I can’t wait for book two.

I recommend this to older teens and adults. I give it a solid 4 1/2 STARS.

« Woven by Michael Jensen
Being Jamie Baker by Kelly Oram »