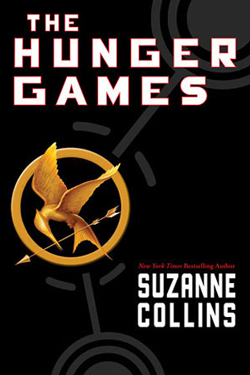 The Hunger Games: In Panem, a rebellion resulted in the creation of an annual televised event known as the Hunger Games. Each district must yield one boy and one girl between the ages of 12 and 18 through a lottery system to participate in the games. The 'tributes' are forced to fight to the death, leaving only one survivor to claim victory. When Katniss's young sister is selected, Katniss volunteers to take her place. Pitted against bigger, stronger representatives, she and Peeta must find a way to survive.

Catching Fire: Katniss and Peeta have returned home, yet nothing is the way Katniss wishes it to be. Gale holds her at an icy distance. Peeta has turned his back on her completely. And there are whispers of a rebellion against the Capitol—a rebellion that Katniss and Peeta may have helped create. If they can't prove, without a shadow of a doubt, that they are lost in their love for each other, the consequences will be horrifying.

Mockingjay: District 13 really does exist. There are rebels. There are new leaders. A revolution is unfolding. Everyone, it seems, has had a hand in the carefully laid plans—except Katniss. To change the course of Panem's future, Katniss must put aside her feelings of anger and distrust. She must become the rebels' Mockingjay—no matter what the personal cost.

This is a three-for-the-price-of-one review because I read all three books back to back—and I think the power in this series is in the whole of it, not just one individual book. 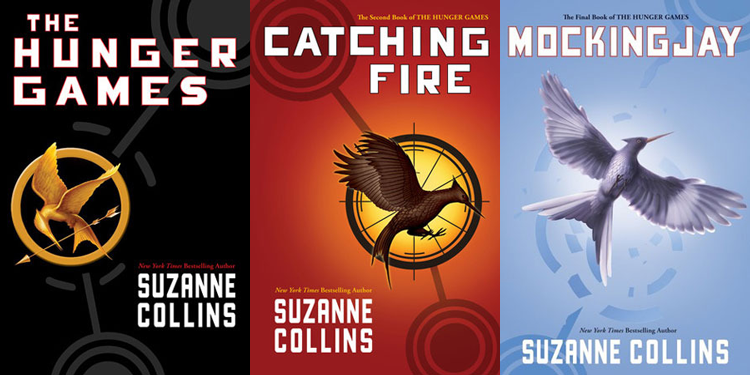 I really liked this series. Yes, it’s brutal in places, disturbing. And I definitely think it’s for mature readers. I don’t think anyone under the age of 14 has any business reading these books, and for most teens, I’d say sixteen (or older) to read it. Readers who are sensitive to violence might never want to read it.

Given that, here’s why I liked it. First, Suzanne Collins has done a superb job with the mechanics of writing in this series. The writing is beautiful, eloquent, poignant—laugh out loud funny in places, tear-jerking in others.

The suspense keeps you going. There are a few predictable places, but other places where she totally surprised me. A few places were slightly unbelievable—would adults really trust so much in a teenager they couldn’t control? But then on the other hand, it made sense when the teen is seen as little more than a pawn in a game.

Of the three books, for me The Hunger Games was the most solid and powerful. While Catching Fire and Mockingjay were both very good, each of them had places where I felt the tension was falling off, wandering away. By comparison, they were a little weaker, even though they both had some wonderful scenes and powerful themes.

One: Katniss and the other teens are trapped in an unfair “game” where they are forced to fight for their lives. Don’t we all feel that way at some time or another? Teens are trapped in school, adults trapped in their jobs. Maybe we’re trapped with health or financial issues—whether of our own making or completely out of our control. Life itself often seems like an unfair game—and we won’t make it out alive. We form alliances the best we can, and it breaks our hearts when we’re betrayed. Katniss is used and betrayed over and over again. The heartbreak sometimes sends her to her bed. But she gets up again. And again. Her strength in the face of adversity is inspiring.

Two: Katniss and Peeta and their team play a game called “Real or Not Real.” Not going to tell you why, but at a certain point memories become mixed up and it’s difficult to tell which are real and which or not. So they ask each other—they verify with the people they trust. This is a HUGE thing with teens, and with adults. Does this boy like me? Does my friend really have my back? Am I a good writer or lame? (Okay, that one was a little personalized, but you get the idea.) This game is a good reminder that we can’t always take things at face value. What we believe to be true may or may not be so.

Three: There are things in this life that are worth dying for—our family, freedom, truth. This rings such a bell in our current political state right now. It’s not just about what’s immediate or easy. Where tyranny and injustice exist, it’s important that those who are able to do so stand up and fight for freedom and truth. We protect the weak; we support the right.