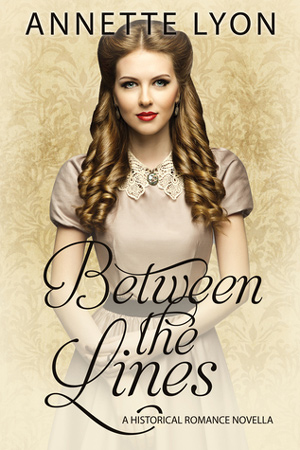 Jane Martin is intelligent but extremely shy, especially around men. When the Aid and Cultural Society proposes a letter-writing program, Jane signs up, hoping she can find a friend across the miles. But the program doesn’t run as smoothly as expected.

Unbeknownst to her, Thomas Allred from town becomes her writing friend. Thomas has always known quiet Jane—or thought he did—but reading her letters addressed to his secret persona opens his eyes to what an amazing woman she is. Meanwhile, Jane has no idea that the romantic letters she receives are penned by Thomas—or that he’s falling in love with her in person.

Set in 1926, extremely shy Jane Martin is a member of the local Aid and Cultural Society. As part of a cultural exchange, the group decides to write to members of a similar society in Canada, becoming “letter friends” (or as we would call it, pen pals). When they are short a few names, Thomas (a member of Jane’s group) agrees to secretly become Jane’s letter friend—creating a new identity to spare her feelings.

As the weeks go by, Jane shares her thoughts and feelings as she writes to Charles Percival Wharton—not realizing he’s really Thomas, a boy she has known her entire life. The letters from Charles give her the courage to speak up in future society meetings, leading to an entertaining evening at the theater with Thomas. Thus begins a new friendship between Jane and Thomas.

In the midst of Jane’s developing feelings for both men, the deception is uncovered. (I’m not giving away any spoilers here. You KNOW this is going to happen from the very beginning!) But the journey of the romance, the deception, the hurt feelings, and then the resolution is clean and sweet, and makes for a pleasant few hours of reading.

[bctt tweet=”BETWEEN THE LINES. Is Jane falling in love with her letter friend or the boy she’s known forever? @AnnetteLyon #novella #cleanromance #historical”]

I really enjoyed this novella. At first I thought Jane was a little over the top in her belief that no man would ever be interested in her, and that she’d never really have any friends. But then I remembered myself as a young girl and decided, yep, I could relate to this girl.

I liked Thomas and his patience, allowing the friendship to develop naturally—both through the letters in his Charles persona and as himself. I also liked that he felt guilty at deceiving Jane.

The setting, the language, and behaviors were exactly as I’d imagine them to be in the 1920s.

This is a quick and easy read at only 52 pages—and my only complaint is that I genuinely prefer longer stories where you can get a little more character development. I found myself wanting to know more about both Jane and Thomas. However for a novella, it was very good.