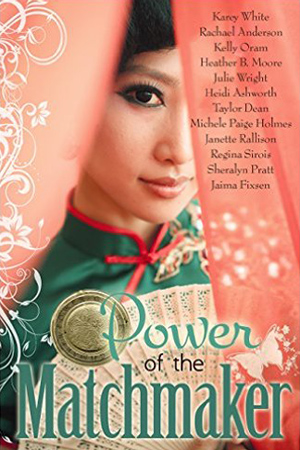 A prequel novella to the POWER OF THE MATCHMAKER Series.

Mae Li has been in love with Chen Zhu for years, and he with her. But when the matchmaker arrives at the Zhu family home, she recommends another village girl for Chen.

Heartbroken, Mae Li watches as Chen does his duty by marrying another. Mae flees her village with the clothes on her back and her only possession—a pearl embedded comb, given to her as a goodbye gift from Chen Zhu.

Upon Mae’s arrival in Shanghai, she quickly learns that she’ll starve within days unless she sells her prized comb or joins a courtesan house. She goes to the Huangpu River and promises the River God that she’ll always be selfless if he will save her from becoming a prostitute… Her wish is granted when Ms. Tan, the matchmaker of Shanghai, finds Mae. But Mae must completely change her future and her name if she is to become the next matchmaker.

The Power of the Matchmaker series will be 12 books, each by a different author, to be released one a month in 2016. Pearl the Matchmaker is the common thread between all the books, and this is her story. Although this is classified as a clean romance with a touch of magical realism, there is, in fact, not much romance in it at all. Rather, it’s a story of broken hearts and how Pearl becomes a matchmaker. At only 60 pages, it is a quick read and a great set-up for the series.

It begins with a love story between Mae Li and Chen Zhu, whose hearts are broken when a matchmaker recommends different matches. While Chen accepts the match he’s given, Mae Li runs away rather than be married to someone other than him. Her path to Shanghai is difficult and dangerous, and things get even worse when she arrives. But she happens on a bit of luck when Mrs. Tan, also a matchmaker, rescues her.

This story really pulled at my heartstrings. I wanted to cry in the scene by the river when Mae and Chen say goodbye; and then again, just before Mrs. Tan found her. Her life was just so unfair! And yet, she rose above and found peace in serving others.

The only negative I have to say about this novella (and it isn’t a negative at all) is that I found myself wishing it was longer. I wanted as much detail about Mae Li’s change to become Pearl the Matchmaker as there was on her journey to Shanghai. Perhaps we will get pieces of that in the future books.

The series includes the following books from 12 best-selling authors: 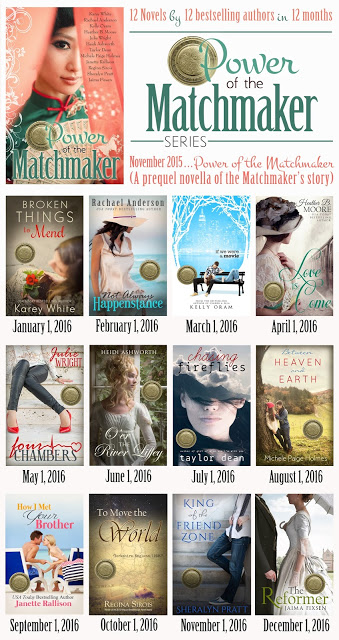 (I’ve already read this one. Review coming on Jan 8th!)

Four Chambers by Julie Wright (May 2016)

Between Earth and Heaven by Michele Paige Holmes (Aug 2016)

How I Met Your Brother by Janette Rallison (Sept 2016)

King of the Friend Zone by Sheralyn Pratt (Nov 2016)

Each of these books is set in a different time and place, all over the world. I’m really looking forward to reading all of them!

[bctt tweet=”Prequel to the POWER OF THE MATCHMAKER Series. Mystical. Beautiful. Romantic.”]